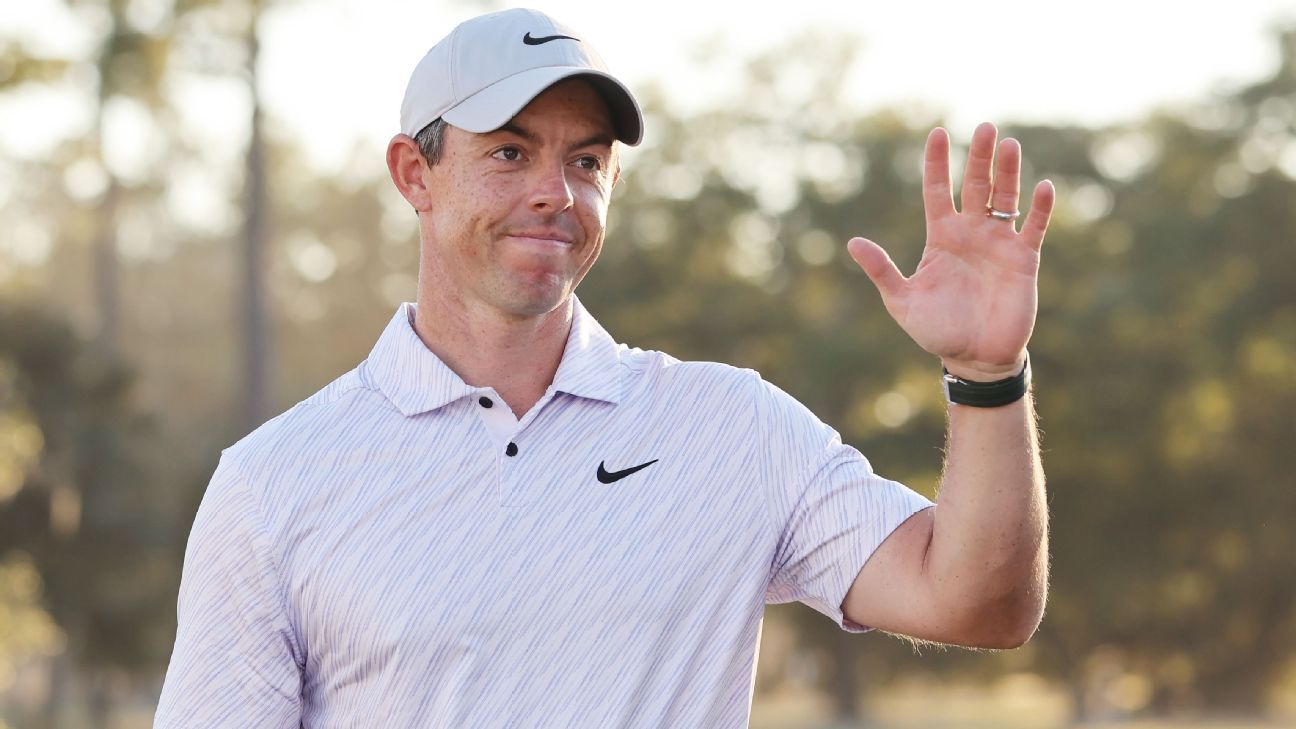 As one of the most vocal critics of the LIV Golf breakaway league, Rory McIlroy felt mentally drained at the end of last year and decided to put his clubs away for a few weeks.

“It’s been nice,” top-ranked McIlroy said, “to try to take a little bit of time away, and try to sort of distance myself from the game of golf.”

Now he’s back and appears to be as fiery as ever.

McIlroy was on the driving range Tuesday at the Dubai Desert Classic when he was approached by Patrick Reed, one of the high-profile players to have joined the exodus to the Saudi-backed series that changed the face of golf in 2022.

McIlroy said he was busy practicing and didn’t feel the need to acknowledge Reed.

“Patrick came up to say hello, and I didn’t really want him to,” McIlroy said Wednesday.

McIlroy was asked about reports that the American threw a tee toward him. The four-time major winner said he didn’t see or feel anything.

“But apparently that’s what happened,” McIlroy said. “And if roles were reversed and I’d have thrown that tee at him, I’d be expecting him [to file] a lawsuit.”

That was a jibe by McIlroy, who said he was served a subpoena by Reed’s lawyers on Christmas Eve. He didn’t provide specifics about the subpoena, but Reed refiled a defamation lawsuit last month.

It’s clear McIlroy is in no mood for reconciliation in Dubai.

“Of course, trying to have a nice time with my family and someone shows up on your doorstep and delivers that, you’re not going to take that well,” McIlroy said.

“So again, I’m living in reality, I don’t know where he’s living. If I were in his shoes, I wouldn’t expect a hello or a handshake.”

Reed said later Wednesday that he shook McIlroy’s caddie Harry Diamond’s hand and did flick a tee at McIlroy.

“Rory just looked down there and was messing with his Trackman and kind of decided to ignore us,” Reed said. “We all knew where it came from — being part of LIV. Since my tees are Team [4] Aces LIV tees, I flicked him one. It was kind of a funny shot back. Funny how a small little flick has turned into basically me stabbing him and throwing a tee at him.

“He saw me, and he decided not to react. It’s unfortunate because we’ve always had a good relationship. … But it’s one of those things, if you’re going to act like an immature little child, then you might as well be treated like one.”

McIlroy was later asked whether it would be beneficial to “fix your relationship” with another LIV rebel, Sergio Garcia, if it would help Europe’s cause ahead of this year’s Ryder Cup.

“No,” was the Northern Irishman’s blunt response.

The toll taken on McIlroy for effectively being an anti-LIV spokesperson didn’t stop him returning to the top of the world ranking at the end of last year.

His most recent competitive tournament was the World Tour Championship, which was also in Dubai, in November.

McIlroy said the break gave him the opportunity to “recharge and reset and try to start 2023 with renewed optimism,” and he is back in the Middle East with some unfinished business.

In last year’s Dubai Desert Classic, McIlroy was in a share of the lead after 71 holes but bogeyed the par-5 No. 18 on Sunday after hitting his second shot into the water in front of the green. He finished a shot behind Viktor Hovland and Richard Bland, and Hovland wound up winning a playoff.

“Wasn’t quite the way I wanted to finish it off,” McIlroy said. “But you know, I went on from that week and played really well and had a great year.”

“I’ve been coming here for a long time, 17 years,” he said. “I’ve got a level of comfort here. I like starting my year here. I have a lot of friends. I called this place home for four years.”

Information from The Associated Press was used in this report.